A word about copyright.
These pictures and patterns are mine, do not copy or use them against my copyright statement. This week I had the disappointing experience of learning that my “free” Ulysses butterfly pattern was being sold on another site. Not only did this person have the nerve to do this, she also had the nerve to use my photos from this blog, posted here in August last year. I love sharing what I do with those who visit here, and will keep blogging despite the dishonest people who may abuse my trust. If any one does see my things copied or used without my permission on other sites, please let me know so that I can take the appropriate action.


Brumby Horses
One of the interesting and incredibly rewarding things about blogging and my esty store is all the nice people I have met. A particular lady who lives in the US did a fantastic job of making her little one a penguin blanket, however her other daughter, Kassie is mad on horses. So I was asked if I was ever going to do a horse. My usual approach is to research a critter to identify the relevance to Australia, and the environmental situation of the animal or plant in question.
This is my take on a horse, after some good input from Kassie and her Mum in Massachusetts. 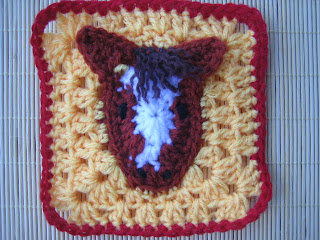 I am not a horsey person, but I know a lot of people are. I hope you enjoy the story below. I have listed the pattern on etsy. There is a horse head, and a horse behind with a full horsey tail. 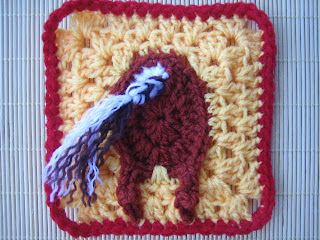 They work up kinda cute when done in different colours. I also worked out how to do a little jockey style hat for any little kid who is mad on horses. 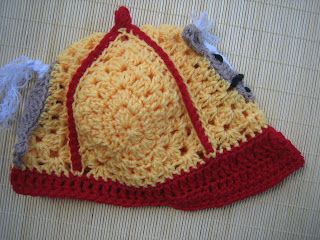 The first horses that were introduced to Australia were 2 stallions and 5 mares brought over with the First Fleet in 1788. From these 7 horses the populations grew and by the 1800’s there were more than 70 or more in the colony. Arround 1804 strays were sighted and reported in the foothills of the Blue Mountains.

Horses were originally used for transport but with the introduction of the Dromedary Camel to Australia in 1840, horses were released, destroyed or escaped. Camels are more practical for the Australian outback as they can survive long periods without food and water, unlike horses.

From the 1830’s many Australian properties bred horses that became known as Walers, named after the then colony of New South Wales.

These horses were bred from a mixture of Clydesdales, which are a ‘heavy-duty’ horse, with a lighter breed of horse. Selective breeding produced the combination of strength and speed and from this became the Australian stock horse or “Waler”. Walers were bred for use in the British Imperial Forces in the Colonial Wars and World War I. Soon after World War I finished, the horses were released into the wild due to the invention of the automobile. You have to ask your self, what were they thinking? 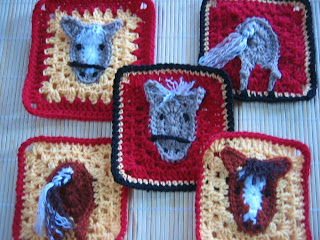 The term ‘Brumby’ is used in Australia in reference to wild or feral horses. There are many theories as to where this name comes, but the most accepted theory is that there was a prospector called Brumby that let a small group of horses out free in country Victoria. They are an environmental pest as the hard hooves destroy the environment as well as competing with native animals for food and water. It is estimated that there are over 200,000 brumby in the Northern Territory alone. Feral horses are a big problem as they eat out the Australian terrain, and cause the death of thousands of native marsupials and mammals due to starvation and dehydration from the lack of food and water. There are a number of government leads initiatives to try and control their numbers in a humane way.

I find this all very interesting as the horse racing industry is also quite big here with racing tracks scattered across the country. One of the most famous race, being the Melbourne Cup, and then there is the Magic Millions they have here on the coast. While the brumby is a menace, trained horses and dressage are quite remarkable.

The other exciting thing to happen this week is that my son and I have opened up a second etsy store called Strewth. http://www.strewth.etsy.com/ . This is crochet free zone for my artwork (yes I paint) and his craft work. As a teenage kid this is keeping him busy, which is a good thing!